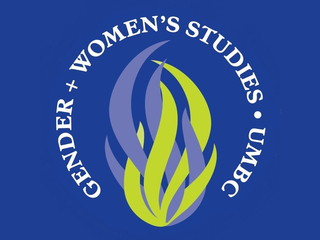 The Gender and Women's Studies Department chose six outstanding graduating seniors to receive annual awards from the department. The awards were presented by Dr. Carole McCann, GWST Professor and Chair, at the College of Arts, Humanities and Social Sciences Award Ceremony on April 29th.
The GWST department offers two award opportunities. The first is the Jo Ann E. Argersinger Award for Academic Achievement. Named for a former provost and Gender and Women’s Studies faculty member, this award recognizes exemplary academic achievement in gender and women’s studies. The second is the Joan S. Korenman Outstanding Service Award, named for the founding director of the Program. This award recognizes outstanding service to the Gender and Women’s Studies Department.

Susannah Hinz is a Gender and Women's Studies major and a Critical Sexuality Studies minor with a 4.0 GPA. She is a co-leader in Women Involved in Learning and Leadership. She has co-organized a panel discussion on the prison industrial complex and is currently co-organizing a production of the Vagina Monologues. Susannah is currently a research assistant for Dr. Carole McCann, researching mid-century population control and birth control, and she plans on attending graduate school in the future. Susie received both the Jo Ann E. Argersinger Academic Achievement Award in GWST and the Joan S. Korenman Award for Service in GWST.

Libby Barrow is a Gender and Women's Studies major and Psychology minor with a 4.0 GPA. She has been on both the Dean's List and the President's List for the past three semesters, since she transferred to UMBC in Fall 2012. She is also the Director of Internal Relations with the Gender and Women’s Studies Council of Majors and Minors. She has worked hard to excel in school with the support of her family after being home schooled by her mother from kindergarten through 12th grade. Although she is not entirely sure what her future holds, she is excited to explore the world with the knowledge she gained from the Gender and Women's Studies Department. Libby received the Jo Ann E. Argersinger Academic Achievement Award in GWST.

Leah Ginty is graduating with a B.A. in MLLI (French), a certificate in GWST, and a minor in music, having made the President’s List every semester so far. She will be attending Boston College in Fall 2014 to pursue an M.A. in French Literature and Culture. Her research interests center on feminist literature, activism, and music in francophone countries. She is a French peer tutor, and served in 2013 as a research intern for Democratic pro-choice PAC EMILY’s List. Libby received the Jo Ann E. Argersinger Academic Achievement Award in GWST.

Caitlyn Leiter-Mason is a double major in Gender + Women's Studies and Political Science.  She is a member of the Sondheim Public Affairs Scholars Program and the Honors College and was inducted into Phi Beta Kappa as a junior.  Last year, she spent a semester studying in Tunisia and completed an oral history of a young Tunisian activist about her involvement in Tunisia's Arab Spring movement.  Caitlyn has committed her extracurricular energy to fostering political activity and awareness on campus, leading the UMBC College Democrats, holding appointed leadership positions in the Student Government Association, and organizing activist efforts around pay equity, marriage equality, the DREAM Act, transgender nondiscrimination legislation, and voter registration.  After graduation, Caitlyn will continue her current job managing a local county council campaign while applying to graduate programs in public policy and political science with an emphasis on gender + women's studies. Caitlyn received the Jo Ann E. Argersinger Academic Achievement Award in GWST.

Zachary Neil is graduating Magna Cum Laude with a BA in Theatre Performance with a minor in Critical Sexuality Studies. Zack is a three year Resident Assistant, President of the National Residence Hall Honorary, has conducted research surrounding camp, interned with the Women’s Center, and is a past UMBC Mascot. In the fall Zack will be starting his Master’s in College Student Personnel at Western Illinois University. He will be holding an assistantship in the LGBTQA Resource Center with hopes of creating an inclusive campus environment for all students, where they may grow and learn. Zachary received the Jo Ann E. Argersinger Academic Achievement Award in GWST.

Cassandra Morales graduated in December 2013 with a BA in Anthropology and minors in Gender and Women's Studies and History, and she was a member of the Honors College. She was an active member of Women Involved in Learning and Leadership (WILL) for 3 1/2 years and was a co-leader of the organization for 2 years. Cassandra was the Resident Assistant for the WILL Living Learning Community. She was also an intern for the Women's Center, and eventually worked as a student staff member. Currently, Cassandra is an intern for Maryland Morning with Sheilah Kast on WYPR, NPR's affiliate in Baltimore. Cassandra received the Joan S. Korenman Award for Service in GWST.

The GWST faculty and staff wish to congratulate this year's award recipients. We look forward to their continued and future success!