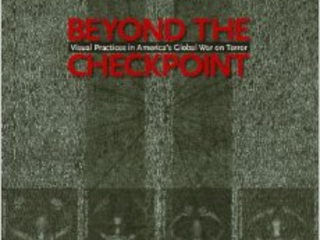 Rebecca Adelman, assistant professor in the Department of Media and Communication Studies and affiliate assistant professor in the Department of Gender + Women's Studies, has published a new book, “Beyond the Checkpoint: Visual Practices in America’s Global War on Terror” (The University of Massachusetts Press, 2014).
Since the 9/11 attacks on U.S. soil, American citizenship has been redefined by the visual images associated with the Global War on Terror (GWOT). Rebecca A. Adelman contends that, in viewing images such as security footage of the 9/11 hijackers, film portrayals of the attacks and subsequent wars, memorials commemorating the attacks, and even graphics associated with increased security in airports, American citizens have been recast as militarized spectators, brought together through the production, circulation, and consumption of these visual artifacts. Beyond the Checkpoint reveals that the visual is essential to the prosecution of the GWOT domestically and abroad, and that it functions as a crucial mechanism in the ongoing formation of the U.S. state itself and an essential component of contemporary American citizenship.
Tracing the connections between citizenship and spectatorship, and moving beyond the close reading of visual representations, this book focuses on the institutions and actors that create, monitor, and regulate the visual landscape of the GWOT. Adelman looks around and through common images to follow the complex patterns of practice by which institutions and audiences engage them in various contexts. In the process, she proposes a new methodology for studying visual cultures of conflict, and related phenomena like violence, terror, and suffering that are notoriously difficult to represent.
Attending to previously unanalyzed dimensions of this conflict, this book illustrates the complexity of GWOT visual culture and the variegated experiences of citizenship that result as Americans navigate this terrain.
Bonnie Miller, author of “From Liberation to Conquest: The Visual and Popular Cultures of the Spanish-American War of 1898″ (The University of Massachusetts Press, 2011) writes, “Ambitious in scope and argument, this book stands to make an important contribution to the fields of visual culture, international relations/political science, and American studies.”
0 Comments (requires login)