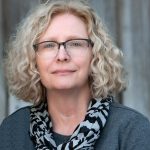 Dr. Carole McCann is Professor and Chair of Gender, Women’s, + Sexuality Studies. She received her Ph.D. in the History of Consciousness from the University of California, Santa Cruz.  She served as Director of the Gender and Women’s Studies Program from 1998 to 2005 and from 2008 to 2014, when the Program became a Department. She has continued to serve as Department Chair since that time. She holds an Affiliate Faculty appointment in the Language, Literacy and Culture Doctoral Program. She is also Special Assistant to the Provost for Interdisciplinary Activities, Chair of the Interdisciplinary Activities Advisory Committee, and Co-Director of the UMBC Interdisciplinary CoLab summer internship program.

At UMBC, Dr. McCann teaches undergraduate and graduate versions of Theories of Feminisms and Methodologies of Gender, Women’s, and Sexuality Studies as well as the undergraduate course, Reproductive Justice. 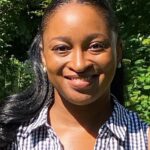 Black girlhood, the intersections of race, gender, and class, and the cultural impact of media on race and gender.

Director of WILL+ Program

Dr. Kate Drabinski is Principal Lecturer of Gender and Women’s Studies, and she is also the Director of the Women Involved in Learning and Leadership (WILL+) program, a co-curricular program and Living-Learning community sponsored by GWST. She received her Ph.D. in Rhetoric with a graduate certificate in Gender, Women, and Sexuality Studies from the University of California, Berkeley in 2006. She has taught a wide range of introductory courses in gender and sexuality studies at several universities. During her four-year tenure at Tulane University, Kate presided over a curriculum revision process that resulted in tremendous enrollment growth in the Gender and Sexuality Studies department.

Dr. Kate is the point person for the Critical Sexuality Studies minor that she helped develop in 2011-2012. She serves on advisory boards for the Public Humanities minor, and the Orser Center for the Study of Place, Community and Culture. She is co-chair, with Dr. Michelle Scott, of the Women’s Faculty Network.

Kate’s research interests include transgender studies, critical pedagogy, public history, and theories of activism. She is on the Editorial Board of the journal Radical Teacher and the Baltimore Heritage LGBT History Committee. She writes a popular bicycling blog that deals with local history, politics, and culture and regularly hosts walking tours about Baltimore. She has written extensively for local and web-based publications. Her latest publication is the edited volume Baltimore Revisited: Stories of Inequality and Resistance in a U.S. City, co-edited with Dr. Nicole King and Dr. Joshua Clarke Davis (Rutgers UP, 2019). 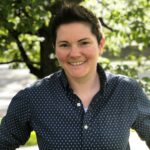 Associate Director of WILL+

Dr. Kathryn Kein is a Lecturer in the Gender, Women’s, and Sexuality Studies Department. She received her Ph.D. in American Studies from The George Washington University in 2016. Dr. Kein’s research interests include gender and sexuality, feminism, race, social movements, and popular culture.

Dr. Kein’s written work has focused on gender, sexuality, and feminism in American comedy. In 2015 she published a review essay on feminism and humor,  “Recovering our Sense of Humor: New Directions in Feminist Humor Studies,” in the journal Feminist Studies. In “Domestic Failure, Comic Pleasure: Phyllis Diller and the Feminist Potential of Failure, 1955 – 1969,” published in Studies in American Humor (2018), she explores the work of legendary comedian Phyllis Diller and the affective impact of her failed housewife persona. “Awkward Embrace: Tig Notaro and the Humor of Social Discomfort,” in the collection Taking a Stand: American Stand-up Comedians as Public Intellectuals (2021), examines the role of Notaro’s “awkward” comedy in relation to queer identity and politics.

At UMBC, Dr. Kein teaches a variety of courses on gender, sexuality, and popular culture, including Introduction to Gender and Women’s Studies; Introduction to Critical Sexuality Studies, Queer Representation in Film and TV; Gender, Race, and Media; and Gender and Sitcoms.

Dr. Kein also serves as the Associate Director of the WILL+ program—Women involved in Learning and Leadership—and as UMBC’s Faculty Athletic Representative. 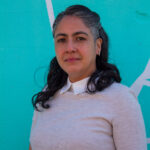 Her current book project, Uncovering the Virgen del Panecillo: Quito’s Postcolonial Urban Transformation & Decolonial Future Imaginaries examines the political and symbolic importance of the monument of the Virgen del Panecillo in a postcolonial cultural research study of how public monuments come to represent and often reproduce national imaginations which are then mapped onto national territories. The Virgen del Panecillo is a 41-meter-tall statue of the Virgin of Immaculate Conception, which was constructed in 1976 in Quito, Ecuador’s historical city center. She stands on top of El Panecillo, a 200-meter-high hill in central Quito, where the Inkan sun temple Yavirak once stood tall and is one of Quito’s most popular tourist attractions. The struggle for representation in colonial and national histories is a central theme of my book project. The central questions I examine are: How is Quito’s colonial history reimagined, packaged, and sold for touristic consumption during the 1970s and what role did the Virgen del Panecillo serve for the nation as a form of cultural capital? What symbolic meaning does she possess for quiteñas/os/es, Ecuadorians, and Andean peoples today and how have contemporary artistic representations of the Virgin exposed the often-hidden connections between colonialism, Catholicism, and the production of gendered, sexualized, and racial gazes? A chapter of the book, “From La Virgen del Panecillo to La Virgen del Legrado: (Trans)national Feminist Struggles for Reproductive Rights in the Andes,” appears in Frontiers: A Journal of Women’s Studies 41.2 (Fall 2020). 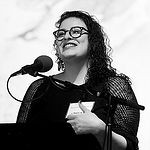 Mejdulene Bernard Shomali is a queer Palestinian poet and Assistant Professor in the Department of Gender, Women’s, and Sexuality Studies at University of Maryland Baltimore County (UMBC). She received a PhD in American Culture from the University of Michigan in 2015 and an MA in Women’s Studies from the Ohio State University in 2009. Her work focuses on femininity, queerness, and transnational Arab cultural production.

Prof. Shomali has published five peer reviewed essays on gender and sexuality in transnational Arab culture: “Scheherazade and the Limits of Inclusive Politics in Arab American Literature” in Multi Ethnic Literatures of the US (also anthologized in Arab American Women: Representation and Refusal (eds. Cainkar, Joseph, & Suleiman Syracuse UP December 2021); “Political Social Movements: Homosexuality and Queer Movements” in The Encyclopedia of Women and Islamic Cultures; and “Dancing Queens: Queer Desire in Golden Era Egyptian Cinema” in the Journal of Middle East Women’s Studies. A fourth, “The Pulse of Queer Life: Arab Bodies in Gay Bars” is included in Sajjilu Arab American: A SWANA Reader (eds. Cainkar, Jarmakani & Vinson Syracuse UP September 2022). Fifth, a chapter on transnational movements in contemporary Arab American poetry is anthologized in The Immigrant Experience (2018). Her monograph, Between Banat: Queer Arab Critique and Transnational Arab Archives is published by Duke University Press (February 2023).

Prof. Shomali has written two poetry chapbooks: coming of age in arabish and prayers for my father’s dementia. prayers for my father’s dementia was a semifinalist in the Button Poetry 2019 & 2020 Chapbook Competition. coming of age in arabish was a finalist for the Honeysuckle Press 2018 Chapbook Competition. She is also working on a full length poetry book. Her individual poems and creative pieces can be read or are forthcoming in Copper Nickel, Cosmonauts Avenue, The Shade Journal, Tinderbox, Diode Press, The Pinch Journal, and Mizna, among others. For poems and essays, click here.

At UMBC, Prof. Shomali teaches multiple interdisciplinary courses including: Intro to Women’s and Gender Studies; Intro to Critical Sexuality Studies; Race, Gender and Media; Theories of Feminism; and the GWST Research + Activism Colloquium. She also designed and teaches two original courses:  “Trans/National Femininities” and “Arab and Muslim Experiences in the US.” The latter is the first course offered at UMBC that looks at Arab and Muslim life in the US. Additionally, she has developed university wide programming around Arab and Muslim identity. In Spring 2017, Prof. Shomali was awarded the Outstanding Faculty Ally Award at the Lavender Celebration, UMBC’s yearly event honoring LGBTQIA students, faculty, and staff.