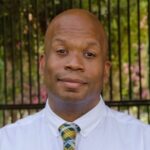 Steven Dashiell has been an adjunct with the Department of Gender, Women’s and Sexuality Studies since 2015, principally teaching the Modern Masculinities (GWST 315) course.  He is a postdoctoral researcher in Sociology and the Game Center at American University in Washington, DC. His primary research interest involves the relationships between masculinity, discourse, culture, and society, particularly in male dominated subcultures. He has presented his work at many conferences, including the Popular Culture Association, Lavender Languages and Linguistics, and the American Sociological Association.  Additionally, he has been published in several journals including Studies in Popular Culture and Acta Ludicologica. He is currently working on research regarding tabletop role playing gamers of color, and an ethnographic study of gender socialization in Black barbershops.  Steven is a graduate of UMBC, completing his PhD in Language, Literacy, and Culture in 2020.  He is also an Army veteran, having served with the Maryland Army National Guard for 15 years. 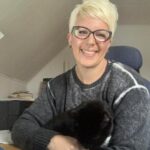 Jessica Floyd received her PhD from the Language, Literacy, and Culture program at the University of Maryland, Baltimore County in December 2017.  Her dissertation, Jib-booms, Barrels, and Dead-eyes: Singing Sex in Sea Chanteys, looked closely at chantey narratives (sailing work songs of the sea) for the way in which they grapple with gender and sexuality.  Current research is focused on gender and sexuality in bawdy texts, more generally, with research published in English Studies, Restoration: Studies in English Literary Culture, 1660-1700, and The Nautilus:  A Maritime Journal of Literature, History, and Culture.  Dr. Floyd is currently working on a manuscript dealing with sexuality in chanteys and presents annually at conferences such as the American Folklore Society, Popular Culture Association, and the Northeast Modern Language Association.  Dr. Floyd has been teaching at the college level since 2011. 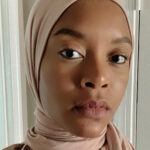 Dr. Danyelle Tauryce Ireland is a scholar-practitioner with expertise in culturally relevant pedagogy, transfer student success, and racial and gender identity in computing and engineering education.  She is associate director of the Center for Women in Technology, research assistant professor in the Engineering and Computing Education Program, and affiliate faculty in Gender, Women’s + Sexuality Studies at the University of Maryland, Baltimore County. Dr. Ireland’s work centers on the intersectional nature of social, academic, and occupational identities among underrepresented students in computing and engineering majors, and factors impacting academic motivation and persistence. She also examines the relationship between identity and motivation and the psychology of intersectionality in STEM education. Dr. Ireland holds a B.A. in African American studies and family studies from the University of Maryland, College Park and a Ph.D. in educational psychology from Howard University.